My Vision for District 9 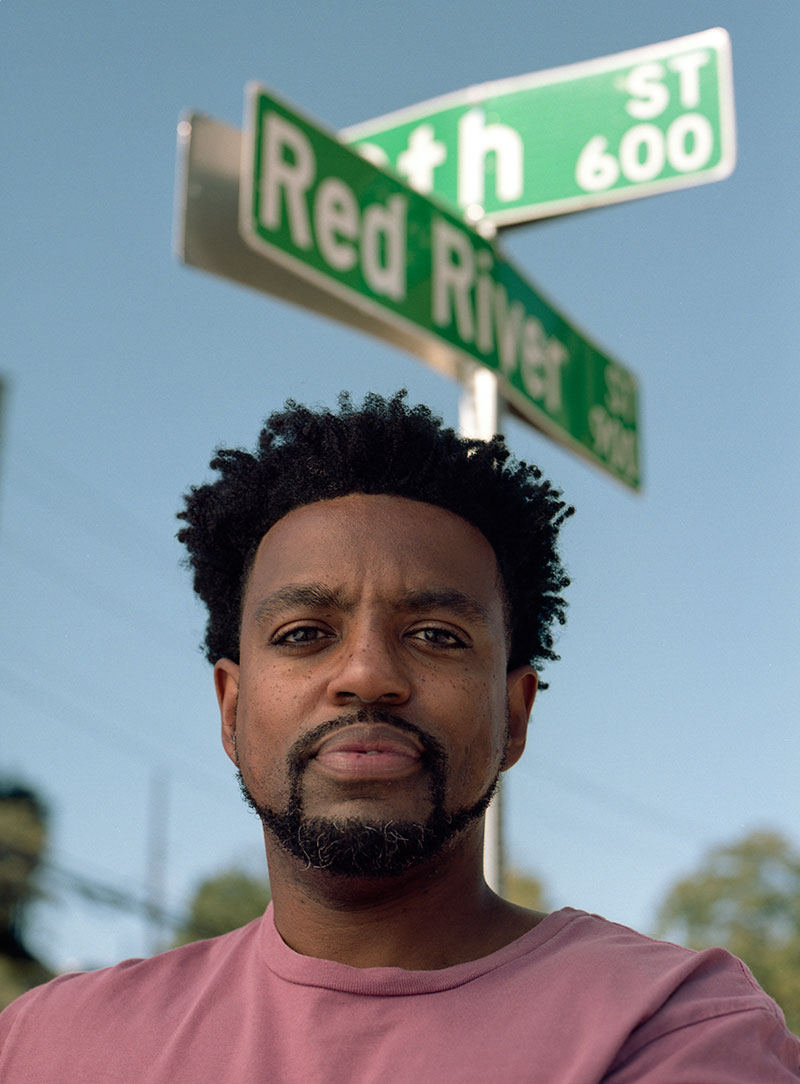 My vision for District 9 is one in which multi-generational families, creatives and executives, small business owners and entrepreneurs, young professionals and seniors can all feel a genuine sense of community, belonging and quality of life.

Within a block of my own home in District 9, I interact with each of these types of people, and countless other Austinites on a regular basis. I truly believe this sense of community and belonging is possible district- and city-wide, but we must take an active role in making it happen.

The only way Austin’s quality of life and sense of belonging for all will be maintained – and not just for the most privileged, white and wealthy – is by sustainably ensuring District 9 remains affordable, creative and inclusive. If District 9 loses any of these qualities, a genuine threat today, we risk losing the economic and social links between Austin’s creative class and asset class, the civic and cultural ties between East Austin and West Austin and the entrepreneurial and philanthropic spirit tying together Austin’s storied past and hopeful future.

These three qualities – affordable, creative and inclusive – have made District 9 a special community for decades and fostered an enviable quality of life that is under extreme pressure, both due to a lack of housing affordability/availability and rapid population growth that has not been met with practical city planning, proactive policymaking and collaboration. Simply put, our City Council has not done enough to address the core problems of District 9 and the city at large, and we can no longer stand by as these challenges mount and our opportunities pass.

Each day, we learn of homeowners and renters alike who’ve been priced out of District 9 and moved outside the district and city, creatives who no longer feel supported by the city they call home, small business owners who face hardships of which dealing with City Hall is added to the list, property owners who face uncertain permitting processes and timelines for construction projects both large and small, students struggling to find affordable housing while they pursue their education, parents losing valuable time with their children due to traffic jams and bikers putting their lives at risk simply by choosing to reduce their carbon footprint. All of this happens in District 9 and the time to address these and other problems is yesterday, but now will do.

Austin’s problems aren’t only about the need for more housing or a new land development code or better police accountability or more local businesses instead of chains, although those are realities. Austin’s problems are about whether or not we will prioritize short-term realities and self-servedness within our community, or if we will embrace our shared values as a city and serve the greater, and occasionally longer-term, good of the city. More affordable housing, a more vibrant local business economy that does not rely on national corporations, a thriving live music and arts scene, public-private partnerships that are envied by cities nationwide, concern for public safety both in our neighborhoods and on our roads, streets that speak to our role in addressing climate change and not just parking requirements and so much more is at our fingertips… if only we’d work collaboratively to reach for it together.

My desire to serve District 9 on City Council starts with my own journey plugging in and giving back to this very community. First, I arrived as a college student and co-founded a student-led nonprofit to help fund Dell Children’s Center in Mueller, and more recently I’ve worked as an entrepreneur of a local sneaker boutique, creating the first-ever style segment of South by Southwest and building my travel startup, Localeur. Simultaneously, I’ve contributed to the city and District 9 as vice chair of the Austin Music Commission, member of the Downtown Austin Commission, board chair for AIDS Services of Austin, board director for both Austin PBS (KLRU) and ZACH Theatre and as a mentor to other local entrepreneurs through Capital Factory.

I have built my life, my businesses, my sense of community and my home in District 9 over the last two decades, and as your District 9 representative on Austin City Council, I want to play an active role in ensuring thousands of other Austinites can plug in and give back just the same.

When I first moved to Austin, I had no real frame of reference for what was possible here. As the youngest of three boys in a single-mother home in nearby Killeen, I was used to sharing a small bedroom with my older brothers, getting by on free school lunches and food stamps, and relying on my own work ethic and grit to try to get more access and opportunity for myself. But when I came to Austin as a college freshman at the University of Texas at Austin, so much of the world opened up to me in ways unimagined. And I live here in District 9, so I give here in District 9.

As an 18-year-old, I didn’t realize just how significant of a role District 9 would play in my life, my sense of self and my sense of community and belonging, but two decades later, I see clearly how each of these aspects of my young adult life are connected to City Council’s decisions. Today, with a musician and artist wife, a home in Old West Austin, a car-free household and walkable neighborhood, proximity to some of Austin’s most significant local businesses like Waterloo Records and Book People and entertainment districts like Red River and Sixth Street, it is very clear to me exactly how fortunate I’ve been to make a life here in District 9.

It is also very clear to me that watching as others struggle to hold onto their own sense of belonging and community is simply not possible for me – and hopefully not for you, either.

When will we decide that we, too, can play a role in making a positive difference in Austin?

Too many Austinites have been priced out of their homes and beloved neighborhoods. Too many Austinites are one dead car battery or one unexpected expense away from losing their homes, their jobs or their connections to a city that is made better by their very presence. I know firsthand too many Black and Hispanic professionals have been held back from key industries that do not provide opportunity in an equitable manner, while rapidly changing both our city skyline and income disparity. Too many service industry employees have seen their costs of living increase while wages have not, and too many musicians have faced hardships not due to their talents but due to the growing income disparity between themselves and their audiences.

I ask, again, when will we finally decide that we can make a positive difference in District 9?

There will come a time during this campaign where I will be asked to re-litigate City Council votes from past years – as if I can go back and fix past mistakes, insert myself and change past votes. Similarly, there will come a time between now and November 8, 2022, when I will be asked to share policy proposals that act as if District 9 exists on an island separate from the rest of Austin. I have to be honest with you: neither of these exercises are helpful at this time.

Just as we cannot go back and recreate the conditions of 2014 or 2020, we also cannot truly predict the circumstances that will influence City Council votes in 2023 or 2026. Other candidates may put forth proposals that suggest a single City Councilmember is powerful enough to shepherd through new land development code single-handedly, or be able to both solve Austin’s housing shortage and homelessness with the stroke of a pen or the holding of a press conference, but they’d be lying to you. And I’m not going to lie to you.

Our beloved city, Austin, is such a special place. This place has welcomed families, students, young professionals, artists and creatives, small business owners, innovators and entrepreneurs, immigrants and a host of others with open arms, and it’s done this for years because of our shared values. Those shared values – that we care about one another and look out for less fortunate neighbors, support local businesses and nonprofits, celebrate artists and give to this place as much as this place gives to us – are what makes Austin special.

But, lately, Austin’s opportunities for growth, economic sustainability, creativity, innovation and community have been under threat because of Austin’s challenges: waning affordability, declining support for creatives and segregation that threatens our diversity.

District 9 is one of 10 districts in Austin, and it would not be hyperbole to say this district is perhaps the city’s most essential in attempting to face these urgent challenges head-on. Simply put, District 9 can either be a part of the solution or it can be a part of the problem, and I say that as a resident of District 9 for more than a dozen of my nearly two decades in Austin.

I am running for City Council to be part of the solution. I will seek your vote, not as an act of avoidance – to let someone else handle the problems – but as an act of engagement. This district, and this city, will need your ongoing commitment to our shared values to make it work.

That reality and that choice are what have called me to run for City Council, District 9. I believe District 9 holds a unique seat at the table within our city, as a bridge of sorts; not only a bridge between Central Austin and South Austin, spanning Lady Bird Lake, but also a bridge between East Austin and West Austin.

I believe that my lived and professional experience – not just as a UT student or entrepreneur, but as a child of Central Texas and a board member for some of Austin’s best-known nonprofits – give me a unique and timely perspective and skillset to be a bridge as well. Understanding what a single Black mother with young children may be experiencing as a renter amidst a housing shortage is just as valuable as understanding what a small business owner is experiencing as an employer amidst wage increases, and I believe I can marry multiple perspectives to give District 9 the best possible representation during this critical juncture.

In the coming weeks and months, you will continue to hear from me as I share innovative ideas for ways to support our creative economy and small businesses, methods to create housing affordability and neighborhood safety, efforts to increase trust in our police and equity in city services and my plans to foster a sense of belonging throughout District 9. I ask you to stay engaged, pay close attention and join me in the important work of city-shaping here in Austin.

We all can be a part of ensuring the Austin we live in years from now is one that’s as affordable, creative and inclusive as the one we fell in love with years ago; an Austin that gives us a special sense of belonging.

My Relationship with District 9

Current board member of ZACH Theatre

Mentor for entrepreneurs through Capital Factory

Creator of the first-ever fashion segment of SXSW

Have a question? Email me: joah@joahforaustin.com