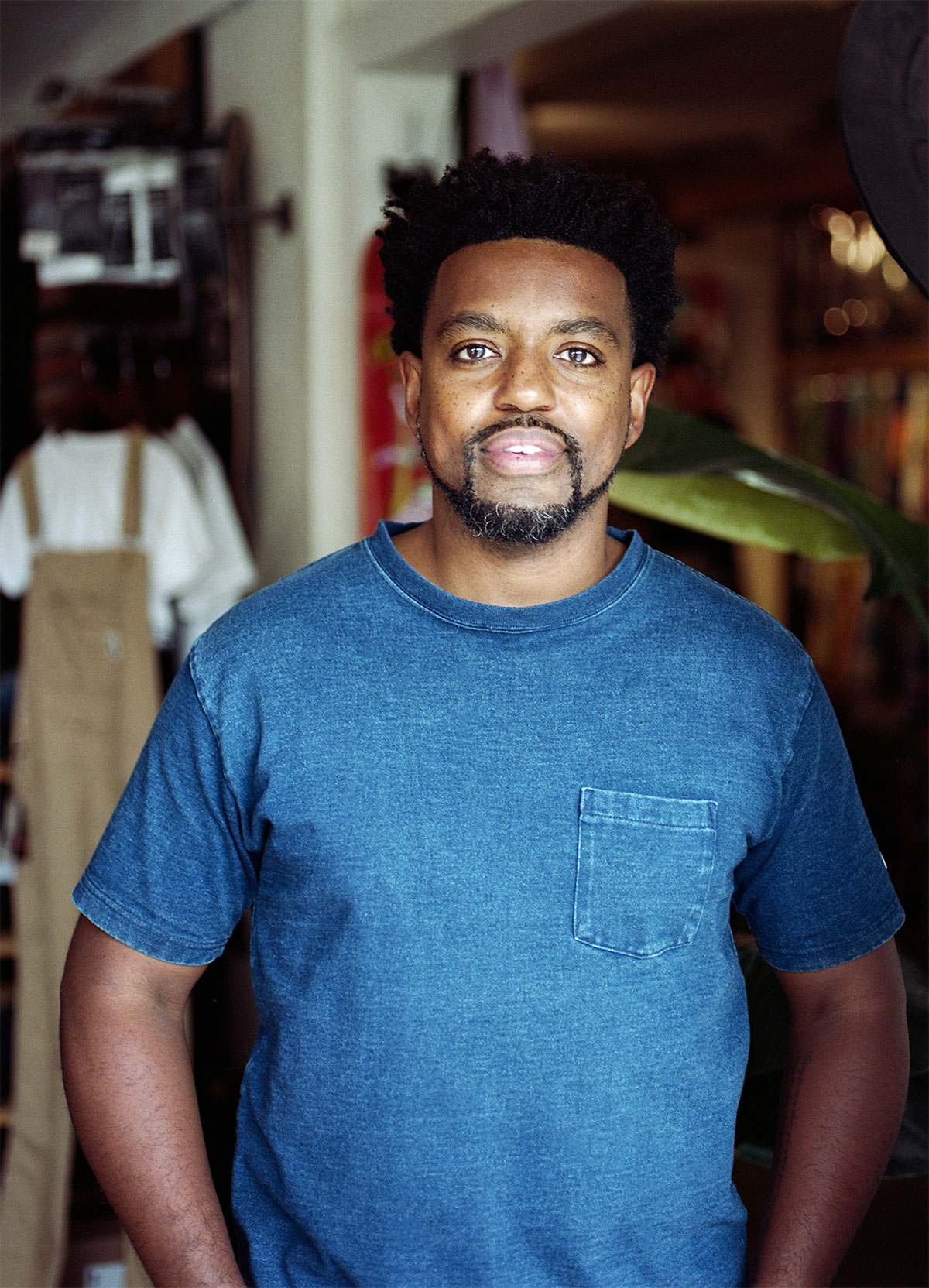 A trailblazing startup founder and CEO, philanthropist and board member, community activist and outspoken author, Joah has a demonstrated track record of being engaged with and committed to addressing the most pressing issues in D9, including equity, affordability, transit and Austin’s housing crisis; creativity and the mounting pressures on musicians, small business owners and service industry professionals; and inclusivity, as the city’s Black, Hispanic, working- and middle-class residents struggle to hold onto the quality of life that has made Austin special for decades.

Joah, who has lived in D9 for more than a dozen of his nearly two decades here, has the kind of uplifting Austin story that has made him synonymous with genuine progress in our beloved city. His open letter to new Austinites was published by Inc. Magazine and read by tens of thousands of both longtime and new Austin residents and reflects a tone of constructive optimism that has become Joah’s calling card.

A first-generation college graduate-turned-entrepreneur, civic and nonprofit champion, Joah believes the 2020s represent a rare opportunity for Austin to set a course that speaks both to today’s residents and to generations to come. Joah believes the events of 2020 also demand Austin collaborates to undo many of the longstanding, negative ramifications of Austin’s 1928 city plan, which divided the city along racial lines and has prevented the kind of equity and cultural harmony that would ensure Austin’s economic and environmental sustainability.

Joah Spearman was born and raised as the youngest of three boys in Central Texas by a hardworking single mother. He would start his first business—cutting grass for neighbors and later selling candy to classmates—at just 11 years old.

First arriving in Austin in the late ‘90s (in what would become District 9) for track and cross country meets as a Killeen High School student, Joah fell in love with Austin through its storied live music and fitness scenes, centered around the Lady Bird Hike & Bike Trail and Downtown. In high school, Joah served alongside the Mayor of Killeen on the March of Dimes Board of Directors, helping to raise over $120,000. As a result of his efforts, Joah won the National March of Dimes Scholarship and the Texas Fair & Rodeo Scholarship—two of nearly 30 scholarships he received to attend the University of Texas.

While at UT, majoring in communications and taking business and Japanese courses, Joah worked for the Longhorns and the university’s Office of Public Affairs, wrote for the university’s website and gave tours to public school students at the Texas Memorial Museum. Joah played a founding role in launching Dance Marathon, a student-led nonprofit that has raised over $300 million for local children’s hospitals around the country, including hundreds of thousands in funds for Austin’s own Dell Children’s Hospital. Quickly becoming a regular at legendary Austin establishments like the now-closed Las Manitas and Black-owned Hoover’s, Joah unwittingly planted the seeds for his life as an entrepreneur and engaged District 9 resident.

After graduating in 2005, Joah relocated to Washington, D.C., to serve as the speechwriter for the newly-assigned FEMA director, just weeks after the devastation of Hurricane Katrina. He later worked in government and media relations in Austin-based Public Strategies’ D.C. office, advising clients such as the National Campaign to Prevent Teen Pregnancy, where Joah lobbied Republicans to fund family planning and comprehensive sexual education.

Moving back to Austin following Obama’s historic inauguration, Joah set his sights on entrepreneurship and engagement at the local level. He quickly gained recognition for his tireless support of the Austin music community and was appointed to the Austin Music Commission. He would eventually serve as its vice-chair and its appointee to the Downtown Commission, where they designated Red River Street a Cultural District and updated the city’s sound ordinance.

After launching a social media agency with clients such as FedEx, Deep Eddy Vodka and Lustre Pearl and, later, opening an innovative, community-centric sneaker boutique at City Hall called Sneak Attack, Joah founded and led the first-ever fashion components of South by Southwest Festival and ESPN X Games. In 2011, he was recruited by the founder and senior executives of fast-growing Austin startup Bazaarvoice to join as their director of operations in advance of their 2012 I.P.O.

Joah has become a highly sought-after voice on diversity and racial justice issues, including speaking on NPR and being sought after by business outlets, including Barron’s. He’s also written for Inc. Magazine and has given keynote talks to major companies, including Amazon. His prescient blogs, essays and interviews with publications such as Austin Monthly, Austonia and Austin Business Journal have helped shape current political thought in the city at a time of rapid change, growing economic divides and conservative political threats to equality and equity.

Continuing his philanthropy and community activism, Joah has helped raise thousands of dollars for Austin Justice Coalition and other nonprofits ranging from E4Youth, a Black-led youth development organization, to “I Live Here, I Give Here,” where he co-hosted its 2021 event, which raised over $11 million. During the COVID-19 pandemic, he went from spending his waking hours on entrepreneurship to spending his waking hours serving the community.

During the 2021 winter storm, Joah delivered water and meals to dozens of Austinites. As Travis County received its first batches of COVID-19 vaccine doses, Joah was one of the first people volunteering at COTA to help Austinites get vaccinated, assisting staff over eight weekends in February, March, and April 2021, serving more than 21,000 Austinites receiving their life-saving shots. For his service, Joah was named a “super volunteer” by Travis County Judge Andy Brown and recognized by the County Commissioners Court for his work at the vaccine site.

Spearman is a four-time finalist for the Austin Under 40 awards, was recognized as the Emerging Business Leader of the Year in 2013 by the Greater Austin Chamber of Commerce, and, in 2014, was named a Top 10 Black Innovator in Tech by Movement 50.

His wife, Angélica Rahe, is a gifted musician and artist who has toured with Lana Del Rey and worked with Adrian Quesada of Black Pumas. They live in Old West Austin. His oldest brother, Kahron, is a writer for numerous outlets, including The Austin Chronicle, and is a music-show host on radio station KAZI.

When Joah isn’t running on the trail—his personal best is a 3 hour, 14-minute marathon—you can likely find him at a live music venue, attending a show at ZACH Theatre, or introducing friends to a local restaurant or business. He is eager to serve. 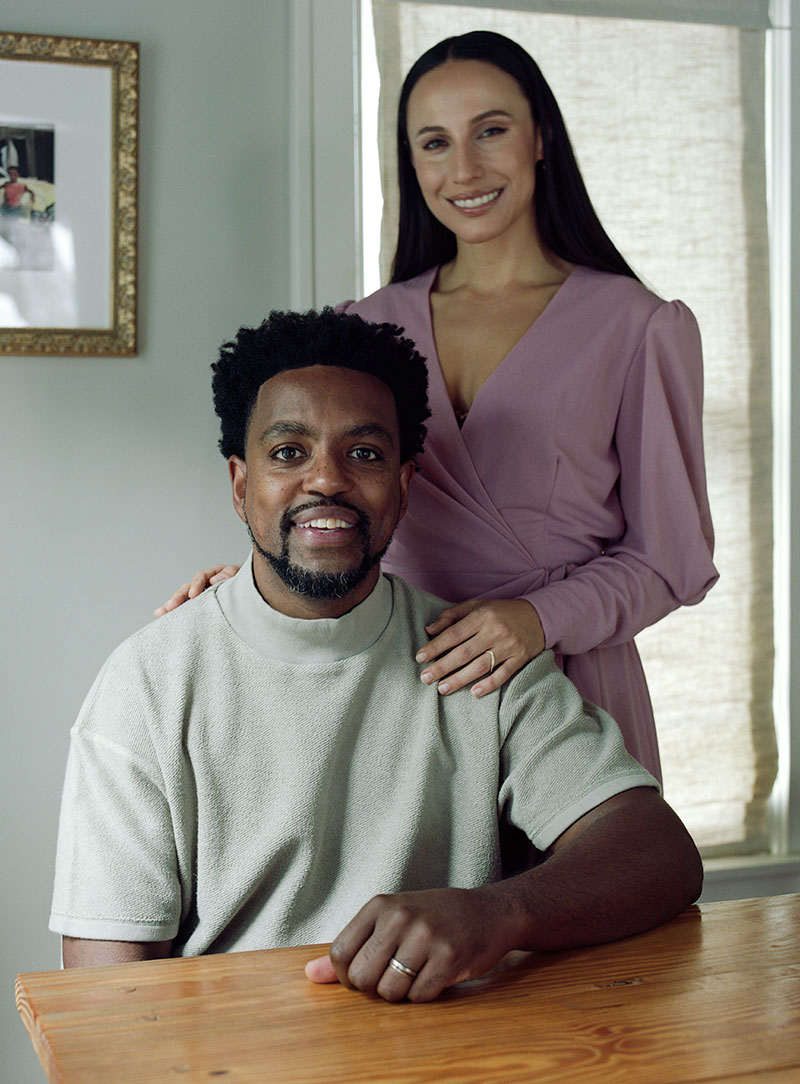 Grew up youngest of 3 boys in single-mom household

Former board chair of AIDS Services of Austin

Four-time finalist for Austin Under 40 Awards

Have a question? Email me: joah@joahforaustin.com